HomeBlog & ResourcesLosing Sleep? Why Acupuncture Might Be the Answer 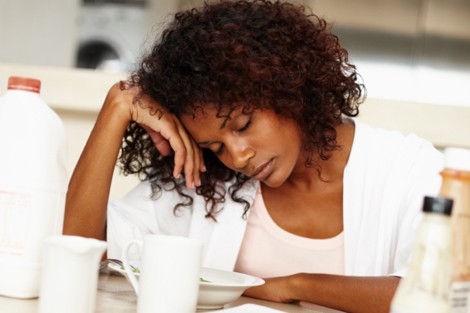 By now, you’ve probably heard about the myriad of benefits associated with acupuncture: lower stress, increased productivity, and even relief from headaches and migraines. Yet, there’s something else acupuncture can improve, and it plays a major role in every aspect of our lives — sleep.

According to the Institute of Medicine, an estimated 50 to 70 million Americans — roughly 16 to 22 percent — suffer from at least one of 90 distinct sleep disorders. These include narcolepsy, insomnia, disordered breathing, and many, many more.

Unfortunately, lack of sleep — described as less than seven to eight hours a night — can have a hugely harmful effect on our health. While daytime sleepiness is the most common side effect of a poor night’s sleep, it can manifest in other ways such as depression, anxiety, obesity, and hypertension.

What’s more, sleep loss has been associated with life-threatening illnesses such as diabetes and cardiovascular disease. According to a study published in the Archives of Internal Medicine, those who get five or less hours of sleep per night are 2.5 times more likely to have diabetes. Another study published in the same journal found that, over a 10-year period, those who got five or less hours a sleep had a 45-percent increased risk for heart attack.

Sadly, sleep disorders can be easily treated, yet so many of them are overlooked. And when they are treated, prescription drugs — with their many side effects and potentially addictive qualities — are all too quickly thrown at the problem. So, what can we do? Acupuncture may be the answer.

Frequently used in China to treat insomnia, the traditional practice has shown to be a natural and effective treatment for a variety of sleep disorders. In trials involving nearly 4,000 participants, acupuncture for sleep deficit was “superior to medications regarding the number of patients with total sleep duration increased.” Another study found that acupuncture may increase melatonin, a hormone that controls the body’s natural sleep cycles. Increased levels of melatonin and regularity of sleep also boosted relaxation while decreasing feelings of anxiety.

As with any treatment, it’s important to first meet with a qualified acupuncturist to determine your individual needs. If you’re found to be a good candidate for treatment, your acupuncturist will create a plan specifically for you — one that focuses on regaining relaxation, quality of sleep, and, at the end of the day, better health.